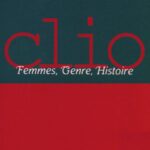 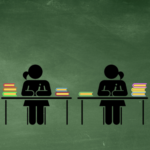 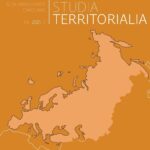 Although both past and current armed conflicts have had deleterious consequences for women, this topic is still under-explored in academia. As Rehn and Johnson Sirleaf pointed out in 2002, “The situation of women in armed conflict has been systematically neglected.” This lacuna persists even though the experience of women during and after conflict is widespread. Russia’s war on Ukraine and the latest women-led uprising in Iran reinforce the urgency of engaging with women’s experiences during conflicts and post-conflict. The painful past of women affected by armed conflict and political violence is frequently overlooked in official memory and in the history of states for a variety of reasons.
Often, women’s voices and the memory of their ordeals during conflicts and in oppressive regimes are subsumed in a grand narrative of the suffering of the “whole nation,” which stifles the voices, testimonies, and claims of women victims, resisters, survivors, care givers, fighters, and mediators. Though men inarguably suffer greatly from the violence of political repression and armed conflict, women and girls are much more affected by sexual and psychological violence because they are regarded as repositories of ethnic and cultural identity. Moreover, women are exposed to manifold, intersecting forms of exclusion. Thus, women’s “aftermath” of conflict, as well as the burden of displacement, are experienced considerably differently than that of men. Although women are exposed to double or even triple jeopardy during and after conflicts and mass violence, their experiences nevertheless should not be exclusively viewed through a lens of victimhood. In that vein, the editors are looking for contributions that address all the dimensions of women’s victimhood but also their resistance to conflict and mass violence. Read more … (Web) 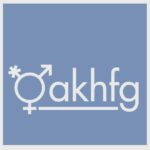 Women and Social Movements in the United States 1600-2000

„Women and Social Movements“ is a resource of U.S. history and U.S. women’s history. The colletion is accessible for members. Read more … (Web)

… introduces the imperial and revolutionary contexts for new ideas about race, gender, and political participation at the turn of the 19th century, setting the stage for the rise in the importance of voting. (Link)

… considers the transnational and grassroots activisms of colonized and women of color in the pursuit of liberation that has transcended both electoral politics and national sovereignty itself. (Link)

… explores women who ran for the highest political office in the U.S., the barriers that impede their success, and women worldwide who have become heads of state. (Link) 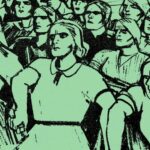 In February 2020, the ERC-advanced-grant-project ZARAH project started. ZARAH explores the history of women’s labour activism and organizing – from the age of empires to the late 20th century. The aim is to present the working conditions and living conditions of lower class and working class women and their communities and to move these women from the margins of labour and gender studies and European history to the centre of historical research. The Austrian part of this histories is worked out by Veronika Helfert. Read more … (Web).

The volume discusses the consequences for women when law systems clashed – between independent nations, colonizers and colonized, majority and minority religions, or between secular and religious laws. The nineteenth and twentieth centuries saw industrial nations draw more and more of the globe into the orbit of their law systems, and these were also the centuries in which women contested their legal positions vigorously. Thus, this period offers an ideal forum for studying the effects of legal differences across the globe. Conflicts of law were inevitable whenever people crossed borders, converted to different religions, or married/divorced someone of a different class, religion, or locality. Women were often harmed by conflicts of law, but this was not inevitable. In other words, these clashes offered both a challenge and an opportunity.

This volume has no geographical limitations; we welcome proposals from historians of all parts of the world. The most important factor for selection will be the authors‘ ability to highlight women’s experiences when law systems clashed. Possible topics include, but are not limited to, the following:

END_OF_DOCUMENT_TOKEN_TO_BE_REPLACED 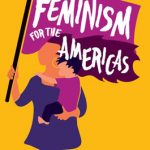 The International Federation for Research in Women’s History (IFRWH) (Web)

Rediscovering spaces of gender history in Poland and Czechoslovakia (Web)

NOTCHES: (Re)Marks on the history of sexuality (Web)

NOTCHES is a open-access, peer-reviewed, collaborative and international weblog for the history of sexualities, sponsored by the Raphael Samuel History Centre in London.

The posts are sorted by different categories. In addition to a geographical assignment or a time period, there are content categories. These categories are – among others – the following:

One of the latest posts in NOTCHES is an interview with Jen Manion about her new book „Female Husbands: A Trans History“ (published on 14 June 2022) (Web)

Long before people identified as transgender or lesbian, there were female husbands and the women who loved them. Female husbands – people assigned female who transed gender, lived as men, and married women – were true queer pioneers. Moving deftly from the colonial era to just before the First World War, Jen Manion uncovers the riveting and very personal stories of ordinary people who lived as men despite tremendous risk, danger, violence, and threat of punishment. Female Husbands weaves the story of their lives in relation to broader social, economic, and political developments in the US and the UK while also exploring how attitudes towards female husbands shifted in relation to transformations in gender politics and women’s rights, ultimately leading to the demise of the category of ‘female husband’ in the early twentieth century.

NOTCHES: In a few sentences, what is your book about?

Jen Manion: Female Husbands is about white working-class queer couples from the 18th and 19th centuries. The husbands were people assigned female at birth who transed gender, lived as men, and married a woman. Read more and source … (Web)