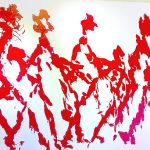 In preparation for the upcoming anniversary of passage of the Nineteenth Amendment granting women the right to vote, the National Conference of State Historic Preservation Officers and the National Park Service are seeking proposals for brief essays on the woman suffrage movement. The primary purpose of the essays is to provide online context for a new National Park Service travel itinerary and website on women’s history and the Nineteenth Amendment. Depending on funding, the essays may also be collected into a printed NPS Handbook. 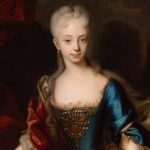 The Queen’s College; Tobias Heinrich, Avi Lifschitz, Oxford (Web)
Time: 26.02.2018
Venue: The Queen’s College, Oxford
2017 marked the tercentenary of the birth of Maria Theresa, who ruled the Habsburg Empire from 1740 to 1780. Her reign was steeped in controversies and major wars, but it also saw the dawn of the Austrian Enlightenment and significant political as well as cultural reforms. In this workshop experts from across Europe will discuss the prevailing ‚myth‘ of Maria Theresa alongside questions of gender and political power in the eighteenth century.
Programm
13:00: Session I; Chair: Ritchie Robertson (Oxford) 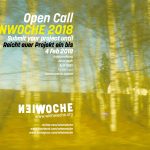 In the wake of the 1968 movement, many people tested alternative models of habitation, labour and living. In self-descriptions and research, these models have been characterised as movements away from the ‘coldness’ of capitalism towards the intimacy of a self-established and self-governed social collective. (Reichardt, 2014) The search for a state of freedom from society and the theoretical reasoning behind it were viewed as products of an aversion to the reality principle (‘All power to the imagination!’) and inserted into the tradition of a Romantic project. Within this context, lines have been drawn from the turn-of-the-century life reform and youth reform movements to the 1968 movement. Regardless of clear differences in self-conception and historical contextualisation, similar views are also relevant for the early socialist production cooperatives and settlement projects that were realised after 1820 by the supporters of and dissenters from Robert Owen and Charles Fourier. (Kwaschik, 2017)

These movements however created new spaces that … read more and source (Web). 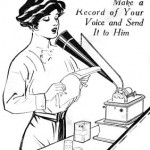 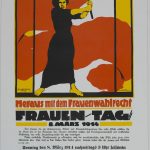 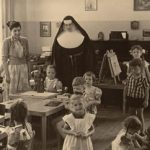 University of the Witwatersrand, Johannesburg (Web)

In April 2012, the Special Court of Sierra Leone found Charles Taylor, former President of Liberia, guilty on 11 counts of aiding and abetting war crimes and crimes against humanity. One of the crimes Taylor was convicted of was ‘conjugal slavery’, which was defined as a ‘claim by the perpetrator to a particular victim as his “wife” and the exercise of exclusive sexual control over her, barring others from sexual access to the victim, as well as … domestic work’ (430). This judgment has in turn been linked to a recurring pattern of sexual violence in a number of recent conflicts in Africa, such as Sierra Leone, Liberia, Rwanda, Nigeria, Uganda and the Democratic Republic of Congo.

In all of these countries, captors have invoked the language of ‘marriage’ to structure their abuse of women and girls whom they have abducted. While these ‘marriages’ begin with violent capture, some have persisted years after the conflict has come to an end, and can be regarded as legitimate by family and society. This has … read more (Web).