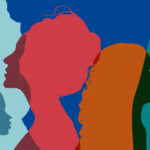 The question of women’s role in international relations has given rise to a growing body of research since the mid-1970s. Topics have included pacifist activism during World War Two (Gottlieb & Johnson, 2022; Goedde, 2019; Bell 2015), the feminist movement, human rights issues (Briatte, 2020; Kaplan, 2014; Offen, 2000) and gender issues in international relations theory, as well as other subjects within the fields of gender studies and intersectionality studies (Carver & Lyddon, 2022; Hancock, 2016; Steans, 2013). Female leadership in international relations and post-war diplomacy has also been explored (Müller & Tömmel, 2022; Owens & Rietzler, 2021; Aggestam & Towns, 2018; Sluga & James, 2016).
At European level, too, there has been increasing interest in this area. In policy terms, however, although the Treaty of Rome introduced a European gender equality policy in 1957, it was only from 1975 that a common policy on women’s economic and social rights began to be developed. Research has ranged from parity issues (Bereni & Reveillard, 2007; Deshormes, 1991) to women’s participation in the exercise of political power (Woodward, 2004; Union interparlementaire, 1995), the concept of gender mainstreaming as a cross-sector approach (Abels & Mushaben, 2012; Lascoumes & Le Gales, 2004) and female networks and gender issues in European integration (Hertner, 2021; Briatte, Gubin & Thébaud, 2019). But notwithstanding these efforts, in general the presence and influence of women, whether formal or informal, in power relations (Gaspard 2009), institutions (Carbonell, 2019; Dénéchère, 2016), international relations and diplomacy (Badel, 2021; Doré-Audibert, 2002; Seidel, 2023) has received scant attention.
The history of European integration and Europeanisation has developed into a varied field that has moved on from an initial focus on the vision and achievements of the founding fathers. However, even though women played a vital part in the European project launched after the Second World War … reade more and source (Web). 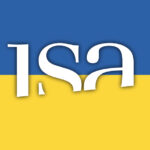 Sound and social relations are tightly interwoven and oftentimes contingent upon each other. ‚Sonic Ties‘ offers a lens through which to study the qualities of connection and intersubjectivity that arise through sound. isaScience 2023 invites you to explore ‚Sonic Ties‘ as a central mode of sharing communality and experiencing collectivity through music, dance, and other phenomena of performance and cultural expression. By focusing on this specific mode of relating the sonic and the social, mdw’s interdisciplinary, international conference investigates how sound shapes collectives and communities in different societal, historical, and geopolitical contexts, and the ways in which these sonic ties reflect back on the individuals involved. Looking at communities and collectives from social movements to musical ensembles, from ethnic communities to artist collectives, isaScience 2023 seeks to investigate the entanglements of sound and power relations. What are the different forms and degrees of sonic participation and to what extent are they tied to local or globalized experiences? 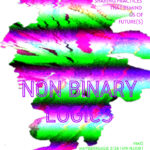 In response to the notion of the pandemic as a portal, as a defining moment that produced rupture with the old and ushered us into a supposed „new“ present and future, VBKÖ invited artists to contribute works that deal with aspects of non-binarisms in their own media and contexts. VBKÖ wants to challenge this binary by extending to our respective spheres of interest, knowledge, and inspiration; realms in which not only the gender binary or the before/after COVID-19 is challenged but also AI, programming, and technology, traditional crafts that have long been excluded from the fine arts canon, the boundaries between bodies and borders and colonial/Eurocentric understandings of knowledge, ideas of futures in terms of (re)productive economies and dominant cultures, and art as knowledge-crafting and healing. 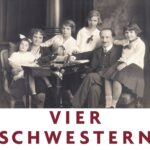 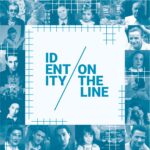 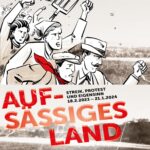 Central and Eastern Europe has a strong rural tradition, with peasants playing – oftentimes just ‘discursively’ – an important role in the economic, social, political and cultural life of local but also national communities. The constant concern of intellectuals to define the peasantry as a social actor and to understand the socio-economic or family relations within the rural world, regarded as a cultural universe in itself, has generated an extremely diverse literature, scientific and fictional alike. Superimposed on the development of modern urban-bourgeois societies, the process of nation-building led to the ‘rediscovery’ of the peasant by the political, cultural and academic elites. From a marginal and dismissive character of the process of social transformation, the peasant became in the 19th and 20th centuries the epicenter of research, a subject to be ‘examined’ and ‘mapped.’ However, approaches to the village were almost invariably ideologized: analyzed from a conservative perspective, the peasantry was placed outside modernity, in an idyllic socio-cultural universe, governed by traditions and customs; in the critical reading grid of progressive, liberal or socialist ‘realism,’ rural life was marked by an irrational resistance to the ‘new’ and by material and educational ‘backwardness,’ which allegedly condemned the village to chronic underdevelopment.
The conference aims to open a forum of reflection and debate on how national elites in Central and Eastern Europe have related to the peasantry in the process of building the modern state and a democratic political system, and the way political integration took place, by … read more and source (Web). 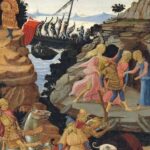 What did ‘diversity’ mean five or six hundred years ago? How did 15th and 16th century societies across the world deal with difference? What were the attitudes and beliefs that determined inclusion or non-inclusion? What were the factors that offered or withheld choices to groups and individuals? How did diversity coexist with established power bases or exist within hierarchies?
Scholars in a wide range of fields are engaged in the study of historical diversity. It is hoped that this conference will bring together specialists from a correspondingly wide range of disciplines, whose interests may traditionally be seen as separate, with the intention of exploring both the differences and the similarities between them and illuminating new lines of approach. The organizers invite papers that address aspects of diversity in the 15th and 16th centuries in relation to, for example, participation, representation, privilege, discrimination and prejudice.

The organizers hope that speakers at the conference will consider two questions: ‚How did people of those centuries regard what we should now see as diversity issues?’ and ‘How can we understand such diversity issues by looking at them in the context of those times?’.
The organizers welcome (15-20 minute) papers that engage with topics that include, but are not limited to: race, family, gender, property, sexuality, education, social class, trade, disability, travel, law, finance, religion, public and private spaces, philosophy, professions/occupations, politics/government, clothing, science (including medicine), food and drink, literature, music, painting, sculpture … read more (Web) 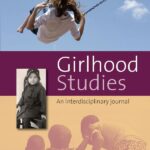 Forced displacement, migration, and (re)settlement, both within nations and across borders, is an ever-escalating crisis affecting tens of millions of people worldwide. The United Nations High Commissioner for Refugees reports that at the start of 2022, over 100 million people had been forcibly displaced from their homes because of persecution, conflict, violence, or human rights violations (2022a). Added to these numbers are the millions displaced each year because of disaster and the devasting, unabating effects of climate change (Internal Displacement Monitoring Centre 2022; United Nations High Commissioner for Refugees 2022b). While exact numbers remain elusive, it is estimated that women and girls account for just over half of all those displaced by conflict and violence (United Nations High Commissioner for Refugees 2022a) and account for an even greater proportion of those displaced by disaster and climate change (Internal Displacement Monitoring Centre 2022; United Nations High Commissioner for Refugees 2022b). Research consistently identifies women and girls as vulnerable and, in comparison with their male counterparts, disproportionately at risk of physical and sexual violence, domestic abuse, kidnapping, trafficking and sexual exploitation, and early and forced marriage (Noble et al. 2017).
This portrait of vulnerability and disadvantage, while unquestionably concerning and essential to providing grounds for international and local responses to the plight of displaced women and girls, provides but a partial view. Grouping women and girls into a single category contributes to a homogenizing discourse that glosses over the particular experiences of girls facing forced displacement, migration, and (re)settlement. Further, such a portrait leaves unexamined the diverse and uneven experiences and expressions of girls‘ intersectional identifications. And finally, a concentration on vulnerability, victimization, and disadvantage risks obscuring the potential, capacities, resilience, strengths, autonomy, and voices of girls on the move. Read more … (PDF)