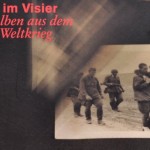 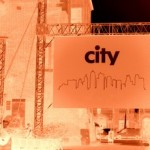 Time: 12-13 May 2017
Venue: University of Debrecen, Hungary, Institute of English and American Studies
Proposals by: 6 February 2017

The Gender, Translocality and the City Research Group is pleased to announce its 2nd annual conference, which is going to explore the role of gender, fantasy, and emotion in the production of urban space. Papers focusing on urban fantasy in 20th- and 21th-century anglophone literary, visual and cultural studies are invited for presentation, and the organzisers also encourage submissions relying on psychogeographical approaches to explore the (post)modern imaginary of city life.

Papers investigating the modern(ist) city, postmodern labyrinths, art and the aestheticization of urban space, the playable city, uncanny metropolises, paranormal urban worlds, suburban and subterranean space, spectral cities and fantasy scapes, for instance, are welcome. Presentations addressing „the mutually defining relation between bodies and cities“ (Elizabeth Grosz) will be considered as well, especially if focusing on the „atmosphere“ (Teresa Brennan) or „sense of place“ (Jon Anderson) as the … read more (Web). 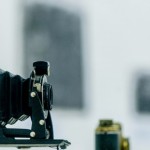 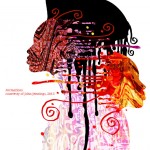 This special issue charts the limits and possibilities of queer/crip biosocial politics by examining the ways these intersect and co-mingle with the narratives, practices, and temporalities of contagion. Feminist scholars have long theorized “queer” and “crip” as unsettling, strange, twisted, or disruptive. Moreover, feminists have demonstrated how a queer/crip refusal of closure invites a range of discursive and embodied forms of contestation and coalition, offering radical alternatives to assimilationist or reformist politics. The coming together of queer and crip is an unstable yet fruitful site of interdisciplinary and multispecies exposure and exchange. Building upon and extending these insights, this special issue will trace the multiple and unexpected ways “queer” and “crip” influence and infect one another. Drawing on the etymology of contagion as “a touching, contact” or “touching closely,” how do queer and crip come into contact? What is absorbed? What is exchanged? And, what is or might yet be produced at this site? We solicit a diverse collection of articles emanating from a range of interdisciplinary fields and areas of study, but that are also united by a shared commitment to queer and crip the discourses and practices of contagion itself. Read more … (Web)

Lately, much activist work, in the global North/West and beyond, has been done under the banner of Queer Solidarity. Much of this solidarity targets human rights violations, homo- and trans*phobia in regions, far away from the north/western metropolitan areas where street protests fight the ‘antihomosexual propaganda law’ in Russia, the re-criminalization of same-sex relationships in India or against homophobic violence in Uganda.

Solidarity was and is a key concept in anticapitalist, Marxist, socialist, workers movements and materialist critique as well as in movements critically questioning globalization. Today, queer solidarity movements seem to have lost these roots within the class struggle and seem less concerned with neoliberal development, globalization, labor conditions (including sexualized and gendered labor), the continuation of colonial exploitation etc. With our conference we want to take a closer look at the current performances of queer solidarity, especially towards the post-soviet context. Read more … (Web)