Deadline for the submission of proposals: March 16, 2015

Long pursued in parallel fashion, studies of the ages of life and of gender have increasingly converged in recent years, nonetheless leaving large areas to be discovered. This issue of the journal Enfances Familles Générations therefore proposes to contribute to this convergence. It will focus on constructions of age by sex and trajectories structured by gender. This will lead naturally to take account of the passage of time and historical time, female and male lifecycles, (inter)generational experiences or gendered social temporalities (work, family, leisure, etc.).

If some researchers have already opened a path, there remains a long way to go so that age and gender are treated as two systems of social relations simultaneously distinct and intertwined. The social sciences and humanities still treat age (and sometimes gender) as a simple variable which does not require problematization. Feminist approaches to intersectionality … read more (Web) 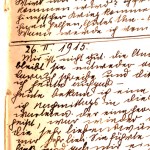 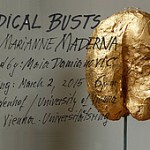 The symposium invites critical reflection and debate on what has been called feminism’s ‘fourth wave’. Over the past few years, the ambivalent attitudes that characterised the postfeminist climate of the 1990s and early 2000s have arguably been replaced by a vibrant unveiling of new feminist potencies on the streets and online. The economic crash of 2008, the ensuing austerity measures, and the spread of an insidious rhetoric targeting under-privileged and marginalised groups, have laid bare to many the structural inequalities embedded in the UK. Renewed engagement with feminism has been galvanised in this highly politicised environment by a range of issues that continue to confront women into the 21. century, from unequal pay, to the objectification and abuse of women’s bodies, to ‘everyday sexism’.

Alongside grassroots activism, and publications aimed at a general readership, this putative ‘fourth wave’ of feminism has mobilised political activity online. In the face of the ever-new forms of misogyny churned out by digital media, feminist internauts are fostering valuable spaces for women to stake their claim to the virtual worlds of the future. Read more and source … (Web) 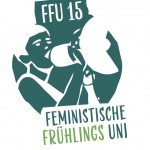 This is the first of two conferences, with the second one taking place in Cambridge, UK, in 2016 (Website)

We are currently located at a point in history in which we can observe a tremendous number of societies undergoing rapid changes. Such changes influence gender orders within these societies that, in turn, determine their political and social orders. We want to examine the transitions in political masculinities brought about by such refashioned social structures and social systems, which are unfolding locally, at national level and worldwide.

We define “political masculinity” as including any kind of overt “political player” such as representatives/institutions of the state (police, military, intelligence, parliament, monarchies), the state itself, politicians, political parties, trade unions, lobbyists, NGOs, insurgents, political journalism, activists, voters, etc. However, we also emphasise less overt, or “hidden” … read more (Website)

Memorable Days: The Emilie Davis Diaries commemorates the 150th anniversary of the Civil War by sharing the remarkable diaries kept by an African American woman in Philadelphia from 1863 to 1865. Through this Web site, which includes annotated transcriptions of the diaries and scans of the original pages, readers can experience the events in Emilie Davis’s life in real time. Going back 150 years to October-November 1863, for example, readers learn that Davis’s brother, Alfred, enlisted in the U.S. Navy just days before his wife, Mary, died of consumption. Readers can navigate the Web site by date or by keyword. Topics include the Emancipation Proclamation, the Battle of Gettysburg and the Gettysburg Address, and the assassination of President Abraham Lincoln.

The Web site is a project of Villanova University and its Falvey Memorial Library, with support from the History Department, the Communication Department, and the Villanova Institute for Teaching and Learning. The diaries are in the collection of the Historical Society of Pennsylvania and are accessible in its Digital Library. They were scanned as part of The People’s Contest: A Civil War Era Digital Archiving Project, a project of Pennsylvania State University Libraries and the George and Ann Richards Civil War Era Center. Read more … (Web)