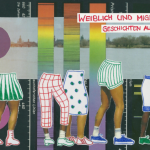 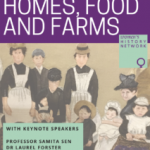 Women’s History Network (WHN) (Web)
Time: 02.-04.09.2021
Venue: virtual space
In recent years Women’s History has made a significant contribution to debates and explorations of histories of homes, families and domestic life. Women’s multiple and varied roles in the production, preparation and consumption of food, as farmers, housewives, gardeners and workers in agriculture and other industries have been uncovered.
The 2021 Women’s History Network Annual Conference aims to build upon this work and bring together those interested in interrogating and expanding women’s history and the history of homes, food and farms.
Program 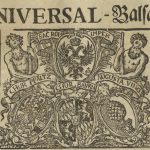 In recent decades, the consumption history has moved beyond the initial historiography surrounding the ‘birth of a consumer society’. Rather than documenting changing consumer patterns, the focus has increasingly shifted to cultural and symbolic elements, the so-called ‘active consumer’, and the entanglement of production and consumption. The quest for the cultural also sparked new interest in the languages of consumption, not only textual, but also visual and material.

This workshop, co-hosted by the Universities of Basel and Antwerp, aims to foster our knowledge of the languages of consumption in this era of critical transitions. It will do so by bringing together and discussing new perspectives across a broad range of languages and regions, also welcoming contributions beyond the Atlantic World.

The purpose of the workshop is to highlight the importance of looking at a variety of consumption practices, historical actors and their experiences through a myriad of discourses.

END_OF_DOCUMENT_TOKEN_TO_BE_REPLACED 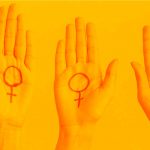 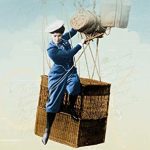 Project „Non-anthropocentric Cultural Subjectivity“ at the University of Warsaw (PDF)

The following thematic sections are planned:

A common-sensical definition of agency is “the ability to act in a given environment”. This definition, however, requires clarification of what “acting”, “ability”, and even “environment” are. Consequently, the definition suggests a set of questions that should be probed further.

For a long time, acting and agency were seen as components of a metaphysically and religiously founded patriarchal order and thus formed a basis for the imperial understanding of colonial power, which cemented the one-dimensional determination of active impact and passive sub-ordination. This understanding was expressed in all areas of both private and public life, grounding all possible systems of oppression. We can detect it in gender-based oppression, as well as in the class structure of society, and in the machinations of world politics. At the latest since the establishment of the Cartesian view of nature, agency has also been restricted to human beings who – as thinking subjects – have gained absolute power of influence in relation to the natural world, which has been degraded to a collection of objects, without any potential for action and agency.

This state of affairs began to change very late, when … read more and source (Web). 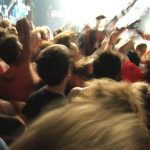 University of Copenhagen; Kristoff Kerl, Detlef Siegfried, Robert Stephens, and Olaf Stieglitz (Web)
Time: 30.09.-02.10.2021
Venue: Copenhagen
During the 1950s, pop cultures became a phenomenon on a global scale. From the beginning, ecstatic states of the body – caused by the use of substances, by experimenting with different sorts of sexuality, by immersing into music and dancing, by reaching out to religion and spirituality – played an important part in pop cultures. Pop cultures and ecstatic bodies often depended on and referred to each other. States of ecstasy and trance, on the one hand, constituted driving forces in the shaping and the development of pop cultures. On the other hand, pop cultures created and spread new types of ecstasies and new practices of getting ecstatic.
Relying on concepts of ‘doing ecstasy,’ ‘controlling ecstasy,’ and ‘representing ecstasy,’ the conference examines important aspects of the entanglement between pop cultures and ecstatic bodies. Case studies include, e.g., punk music, Hollywood films, and marijuana usage, and they range geographically from Europe and North America to India or Nigeria, together exploring the role of gender, race, age, spaces, travelling, and various other aspects related to the corporeal dimensions of ‘getting high.’
Read more and full program (Web)
Panels 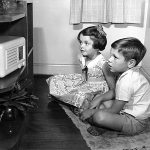 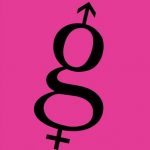 This special issue starts from the premise that “the in_visible” is a complex of problems embedded in globalized cultural, social and political changes, which are triggered by the economisation of the social and political spheres, (forced) migration, pluralism of religion and belief, new media technologies and the narrations they produce. What is in_visible is not a given, but historically specific and a result of contingent processes of in_visibilisation, which manifest on the shifting terrain between public and private spheres. Being and becoming visible is a prerequisite of being politically and socially intelligible, yet visibility does not necessarily or automatically translate into power. And even if such a translation does take place, it can create a host of ambivalences on the way, in which we are particularly interested.

We seek to put together an interdisciplinary special issue with a spectrum of articles from fields such as (but not limited to) philosophy, sociology, anthropology, literary, film or media studies. On the one hand, these contributions should consider (intersectional) gender and/or desire as important categories of analysis; on the other, the submitted abstracts should outline articles that aim to investigate the social practices, cultural meanings and political power structures in which processes of in_visibilisation are embedded, as well as the broad array of images that they produce. Our issue’s goals are analytical and methodological as well as normative, since we are looking to i) explore ways in which in_visibilities create ambivalent, gendered relations of power, subjugation and resistance, and ii) identify and describe transformative strategies that build (and/or subvert) agency, and lend themselves to reflecting on ambivalent processes of governance.

The editors understand gender as intersecting with other categories that are structured along axes of power (such as sexual orientation, race and ethnicity, religious belief and belonging, dis_ability, class and/or age). How a person’s gender is (supposed to be) performed is … read more (Web). 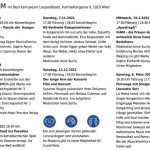