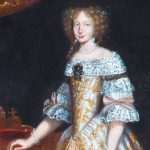 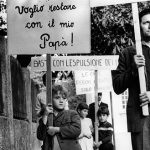 Labour migration has had a profound impact on European societies after World War II. In the context of an insatiable thirst for labour in the service of economic reconstruction, the mobility of workers from the countries of the South to the industrialised countries of the North constituted a “new intra-European migration regime” (Dirk Hoerder) which, until the 1970s, mobilised about 15 million people from the (Euro-)Mediterranean region (Italy, Spain, Portugal, Turkey, Tunisia, Greece, (former) Yugoslavia, etc.) to the industrial centres of Northern Europe. Despite the end of an active recruitment policy after the oil crisis in 1973, the “guestworker-system” continued to exist/endured until the end of the 1980s.

While some elements of what Peter Gatrell has called «The unsettling of Europe» have been studied for various and specific contexts, the social situations of the workers, and particularly their family life, have long been neglected by migration history. The limited historiography stands in contrast to an abundant sociology of the “Guestworker” since the 1970s. This reticence can be explained, among other things, by a lack of sources. The challenge is even greater when it comes to research on unauthorised family reunifications and other strategies by which the persons concerned tried to maintain family relations. Official records are silent on the placement of children in orphanages or the deportation of children without legal status (sometimes accompanied by their mothers, sometimes raised by relatives in the home country). The archives are also silent on children who lived, sometimes for years, clandestinely and sometimes even hidden in the host country. However, a set of more (or less) recent tools makes it possible to explore this history, notably oral history, the sociology of mobilisations, the socio-history of migrations, gender approaches or the notion of “transnationalism” (Green/Waldinger). Read more and source … (Web) 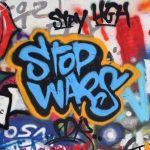 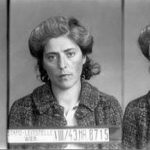 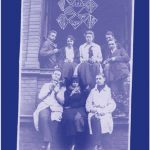 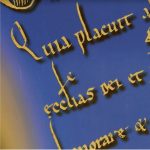 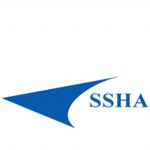 The general conference theme of the 48th Annual Meeting of the SSHA is „Reverberations of Empire: Histories, Legacies & Lineages“.

The history of empire is inescapable. Nearly every country on the earth is either an empire, a colony, a former imperial power or a former colony of an imperial power, and new forms of imperialism continue to proliferate. The impact, legacies and lineages of empire are everywhere: in debates over historical monuments and slavery’s effects, in current forms of global hierarchy and inequality, in state organization, contemporary war and policing, international health regimes, ongoing configurations of racial capitalism and even social scientific knowledge. Empire is present, even if it seems absent.

The 2022 Program Committee is especially interested in papers and panels that analyze the enduring presence and persistent reverberations of empire. Topics may include:

Possible themes include, but are not limited to: movements against „gender ideology“, women and gender relations in arts and culture, health and care crises, pandemics, ecofeminisms and/or queer ecologies, queer sexualities, trans histories in and outside of activism, extending Black feminist END_OF_DOCUMENT_TOKEN_TO_BE_REPLACED

Inequalities have always been present in human societies in various ways. They are at the very foundation of hierarchies of wealth, prestige, honour and culture…, but also at the basis of those ideologies that legitimize or condemn them, in general and in particular.

The problem is at the forefront of the agendas of many historians and economists, who may either look at the more or less distant past, or take into account the present and future outlooks. To mention but a few works that have enjoyed widespread attention, one can think of, for example, the recent volume by French economist Thomas Picketty who, starting from a harsh critique of current capitalism and its contradictions, considers directly and explicitly the theme of equality and its history (Picketty, 2021). Similarly, historian Walter Scheidel’s work, published a few years earlier (2017), pays particular attention to when and why the curve of inequality has turned in the history of human societies. The 2019 annual conference of the Datini Institute in Prato, dedicated to economic inequalities in pre-industrial societies was explicitly inspired by these two works. The aim in this case, was to address from more specific and local perspectives the same theme which is rightly considered a central issue in the contemporary debate (Nigro, 2020), to which during the same conference, legal historian Aldo Schiavone made an important contribution, by tackling the legal implementations that accompany inequalities over time (Schiavone 2019).

These studies all have in common a certain indifference towards gender inequalities which admittedly have always been present in history, also from an economic point of view. This silence implies, among other things, a deformation of the general perspective of the analyses: the history of the path towards equality seems to concern exclusively the male gender without questioning the validity and legitimacy of analytical and political viewpoints that evaluate the world as more or less just, regardless of the substantial inequality between men and women, which is taken so much for granted as to become (once again) invisible. A long- or very long-term perspective and the attention to (macro)economic aspects of inequality further unites these studies. Read more … (PDF) 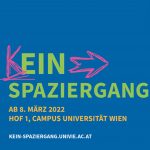