The ESSHC aims to bring together scholars interested in explaining historical phenomena using interdisciplinary approaches to the study of the past. The conference is characterized by a lively exchange in many small groups, rather than by formal plenary sessions. It is organized in a large number of networks that cover a certain topic (e.g. criminal justice, family, social inequality). The Theory and Historiography network is interested in proposals for panels (consisting of three papers and a comment), roundtables (more oriented to discussion than the formal presentation of panels) and ‘meet the author’ sessions (where there is a pathbreaking publication of a monograph, not older than two years) on theoretical and historiograpical topics. There is a special interest in comparative and transnational approaches. In 2018 we would like to encourage proposals in particular in the realm of ‘Historicising and Theorising Public History’. Other possible themes include but are not limited to: END_OF_DOCUMENT_TOKEN_TO_BE_REPLACED 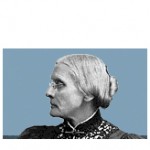 What is voice and in what ways does it shape our identity? How do we understand the voice in various disciplines? Often the voice is considered in terms of its complex relationship to presence and absence, as a marker of identity in social space, and as a play between a material body and its discursive function. Understanding the capacity of the voice to call bodies to action while also functioning as a limit, horizon, and/or border, this conference examines the role of voice in relation to issues of gender, sexuality, race, and disability.

END_OF_DOCUMENT_TOKEN_TO_BE_REPLACED 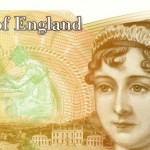 In 2017, Jane Austen will feature on the £10 note as the sole female representative on British currency (see the image above). To mark this occasion, and explore its problematic significance, the English department at King’s is running a one-day conference with the aim to consider debates about women in relation to ideas of value, market, marketability, as well as debates about different forms of currency and exchange amongst women, and the place of the female writer in the literary marketplace past and present. The conference will address themes including consumerism, shopping, global trade, domestic trade, markets (literary and otherwise), currency, and varying practices of exchange. The conference is interdisciplinary in nature, bridging literature, material culture, gender studies and economic history, and aims to relate the debates of the period to modern day issues about the presence and position of women in the economy and media. Read more and source … (Web)

Vortrag im Rahmen der Tagung „Liberal-(Il)liberal-Internationalisms: New Paradigms for the History of the Twentieth Century“ (Cfp im Web)
Zeit: 08.12.2016, 10.35 Uhr
Ort: Vorwärtshaus, Rechte Wienzeile 97, 1050 Wien
Aus dem CfP: Regular followers of the Toynbee Prize Foundation’s Global History Forum feature will recall one of our interviews with the Australian historian of modern Russia and the Soviet Union Philippa Hetherington, whose work touches on the history of sex trafficking and the inflection of themes of gender with international history. Fortunately for readers of our blog, Hetherington (University College London) and three other scholars of international history – Glenda Sluga (Sydney), Peter Becker (Vienna), and Natasha Wheatley (Sydney) – have teamed up to organize what looks like a fascinating conference to take place in Vienna, Austria, in December 2016, titled „Liberal-(Il)liberal-Internationalisms: New Paradigms for the History of the Twentieth Century.” (Read more … CfP) 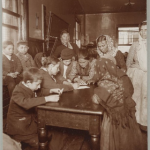