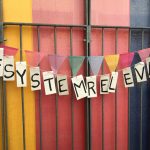 Central European University / ZARAH: Women’s labour activism in Eastern Europe and transnationally, from the age of empires to the late 20th century (Web)
Time: 08.03.2021, 5.30-6.45 pm
Venue: virtual space, via Vienna
On the occasion of International Women’s Day: Two New Books on the History of Women’s Activism:
Program (PDF with Links)
Veronika Helfert: Women, Stand up! A Women’s and Gender History of the Austrian Revolution and Council Movement, 1916-1924 (in German). Göttingen (V&R) 2021 (Web) 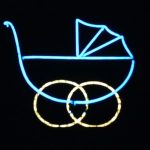 Social change caused by industrialization and urbanization as well as by cultural and political modernization provoked a reconfiguration of family conceptions. The demand to determine the number of offspring became a major political claim of women’s rights movements before it became part of “normality” within family life. “Family planning” as a practice was hence a result of value changes caused by social changes: since then, it developed step-by-step from a major individual practice to a human right. During social, political, and economic crises and periods of rapid social change, “family planning” has become a target of political attacks, for example as revealed by the new Polish anti-abortion law and discussion about sexual education.

Once again, women’s reproductive and sexual rights have become highly politicized, and the question of family planning has become a state interest rather than an individual choice. Today’s changes in political and social beliefs, challenges for gender equality, and obvious attacks on women’s reproductive rights suggest that understanding the past can help identify, analyze, and recommend tools to prevent such populist and undemocratic efforts.

The conference „Tracing Social Change: ‚Family Planning‘ since the 19th Century“ aims to trace the social transformations which effected changes in the understanding of „family planning,“ and thus of family conceptions, in Eastern Europe and aims to compare these changes and turning points with processes in Western Europe.

This call for papers intends to initiate scholarly collaboration, resulting in cutting-edge research on the past and present of family planning and its impact on states, nations and communities in Eastern Europe and beyond. With this call for papers we wish to offer a space for mutually beneficial conversation and connect researchers’ expertise and historical knowledge on many Eastern European and international contexts, concluding with a publication. The planned process regarding the publication is outlined below. 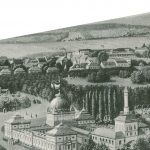 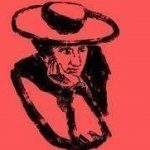 Rosa-Luxemburg-Stiftung and International Rosa Luxemburg Society (Web)
Zeit: 04.-05.-03.2021
Ort: virtueller Raum, via Berlin
Born in southeastern Poland on 5 March 1871 as Rozalia Luxenburg, Rosa Luxemburg was a towering figure of the classical socialist movement — a brilliant thinker, sharp-tongued rhetorician, and trailblazing leader of the proletarian cause. The famed socialist historian and journalist Franz Mehring once called her the “best brain after Marx”. Her comrade and dear friend Clara Zetkin described her as the “sharp sword, the living flame of revolution”. Even Bolshevik leader Vladimir Lenin, with whom she often clashed, was compelled to acknowledge her status as an “eagle” of the Communist movement, at least in retrospect.
She was, by all accounts, a truly unique figure. A Jew, a Polish woman, physically disabled and politically an irreconcilable Marxist — the obstacles to her pursuing her aims in life were legion, yet she rose to become one of the paramount leaders of the largest and strongest socialist movement in the Western world, German Social Democracy. In her short but brilliant career, she locked horns with the Prussian military elite several times and spoke as equals with Karl Kautsky, August Bebel, Victor Adler, and many other leading lights of socialism. As a political agitator she rallied masses of workers against capitalism and imperialist warfare, while also challenging Marxist orthodoxy as both a theorist and instructor at the Social Democratic party school in Berlin.
Yet since being cut down by proto-fascist thugs in January 1919, Luxemburg has been memorialized as a martyr for the revolution and a symbol of the tragic highs and lows of Germany’s 20th century more than anything else. While her name and image remains iconic, her prodigious intellectual output and many contributions to socialist theory, have often been reduced to footnotes.
In commemoration of the 150th anniversary, this symposium on Rosa Luxemburg’s political and economic thought is organized, highlighting her many contributions to the socialist idea and seeking to apply those insights to our 21th century reality, riven by economic crisis and the social pressures wrought by a global pandemic. What can Luxemburg teach us about economic crisis, gender relations, revolutionary patience, and the struggle for a world beyond capitalism? Where have her ideas remained relevant, and where do they require modification? Read more and full program … (Web) 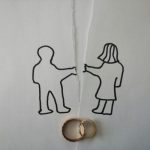 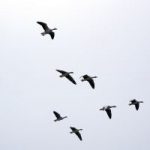 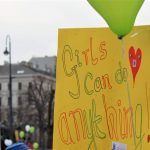