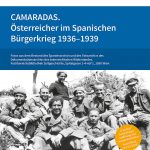 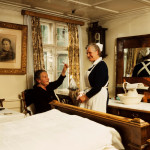 The year 2018 marks the 50th anniversary of 1968. On account of the Paris May and the Prague Spring, not to mention major demonstrations that took place in Bonn, Rome, Warsaw, and beyond, that year has come to be considered the high-water mark of postwar social activism in Europe. But that high point did not last long; instead, 1968 was quickly cast as the swansong of traditional social movement mobilization. That is, in addition to all else, the year came to stand for the breakdown of politics defined through conventional categories of class and ideology.

The West German case is informative: Already in September 1968, West German women formally challenged the misogynist male leadership of the main student movement organization, the Socialist German Student League (SDS). By 1970, the SDS had dissolved itself altogether, as outside pressures exacerbated internal fissures. Social scientists sorted the activist groups that succeeded it into a handful of categories, ranging from “armed resistance” cells like the Red Army Faction (RAF) and dogmatic Communist sects or “K-Groups,” to “Citizens’ Initiatives” concerned “only” with local issues or environmental matters, and other “lifestyle” movements. Read more and source … (Web)

Historically, and to this day, earning a living through paid work, as a form of socialisation, has been permeated by relationships of dominance and power, giving rise to substantial potential for conflict. The planned conference will aim to highlight aspects of societal and historical change through gender-sensitive analysis of disputes and conflicts in and around paid work. Both collectively organised forms of labour disputes, such as strikes called by unions, and more individual, decentralised types of conflict fall within the scope of the conference.

Traditionally, research in the social sciences has focused on the adversarial relationship between labour and capital. More recent work has driven the emergence of substantial differentiation and diversification in regard to this question. In a process commencing in the 1970s, feminist researchers have identified and theorised the gendering of labour, engaging in interdisciplinary discourse around the issue and creating links to critiques of capitalism, colonialism and bourgeois society and to a broad range of categories of social inequality including class, ethnic origin and sexual orientation. This work has mad … read more and source (Web).

Over the last decades, there has been significant scholarly research into the history of reproductive and sexual health activism globally. Scholars have explored the impact of activist and grassroots groups in contexts where governments have failed to address reproductive and sexual health. In particular, the field has developed considerably in the US, where a number of important studies have emerged to examine diverse issues including feminist health, AIDS, LGBT, abortion and black health activism, and the importance of gender, race and class when considering these histories.

In the European context, there has been important research into related issues, such as infertility and assisted reproduction, but new resources, including recently catalogued archives as well as digitisation and oral history projects have not been fully exploited. While there have been valuable histories of feminist activism outside the US, these have not END_OF_DOCUMENT_TOKEN_TO_BE_REPLACED

The IFRWH/FIRHF was founded in April 1987. The first meeting of national committee representatives was held in 1989, in Bellagio, Italy, with the assistance of the Rockefeller Foundation.

The Aim of IFRWH/FIRHF is to encourage and coordinate research in all aspects of women’s history at the international level, by promoting exchange of information and publication and by arranging and assisting in arranging large-scale international conferences as well as more restricted and specialized meetings. National Committees serve as liaison between communities of researchers and the Federation. Read more … (Web) 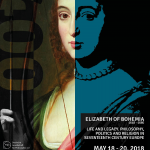