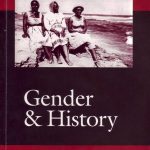 Gender & History is an international journal for research and writing on the history of femininity, masculinity and gender relations. This Call for Proposals is aimed at scholars studying any country or region, and any temporal period, including the classical, medieval, early modern, modern and contemporary periods.

This Special Issue will examine the ways that the expansive categories of food, gender and sovereignty have intersected over time, shaped by each other and by specific historical circumstances.

Sovereignty and food are intimately entwined. Food has been an instrument of both power and empowerment, a site of negotiation for control of bodies, spaces, states, institutions, identities and the self. What happens in the places food is bought and sold, produced and consumed, imagined and discussed, shapes outcomes and possibilities for historical actors and systems. Food reveals the complexity of relationships among those who assert, retain, lose, reject or attempt sovereign control, whether colonised or coloniser, bound or free. Sovereignty is an expansive category, incorporating not only the consolidation of formal political entities, but also the non-elite, everyday politics of survival and self-determination. We see sovereignty as encompassing the formal claims of governments over land and peoples, and also the ways that individuals, collectives and communities assert control over resources. Whether directed at bodies or abstract polities, sovereignty and food have historically informed one another.

Food is similarly capacious, including liquids, solids and matter that, like Jell-O, refuses easy binaries. It consists of substances considered nourishing and poisonous, is inextricable from medicine, and is absorbed into the body through many means. Food is tied to many needs: budgetary, cultural, economic, emotional, financial, physiological, political, psychological, sacred, sexual, social. Its multidimensional nature makes it both quotidian and extraordinary.

Historically, questions of food and sovereignty have been worked out through gender, which is itself always co-constructed by race and class. Food has been central to gendered regimes of power and the labour that has maintained or undone them (e.g. early modern European „grain riots“; the use of human milk as END_OF_DOCUMENT_TOKEN_TO_BE_REPLACED 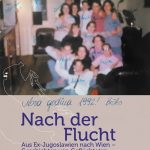 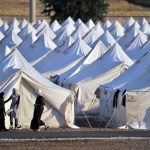 GIRES creates a welcoming space for discussion and exploration of the rich history of the humanitarian organizations and their work during times of distress.

The new international conference seeks to bring together scholars and practitioners in order to remember stories from the long history of humanitarian assistance offered by organizations such as UNICEF, International Red Cross, Red Crescent and Red Crystal, Oxfam and Doctors without Frontiers in all over the world. The organizers wish to explore their impact in shaping global citizenship and highlight the importance of their work for the support of people both in conflicts and natural catastrophes. In desperate times not only they have overcame the (geo)political and national obstacles and helped people survive but also protected legacies by recording stories and memories creating unique sources of information.

The organizers hope that during our conference we will shed light upon cases and stories that will help us understand not only the ways the organizations supported homeless, starving, and wounded people but also safeguarded unique evidence that in many cases was later used in trials against the authorities and saved the memory of the incidents for future generations. The organizers also hope that they will present the work of the unnamed heroes who, despite difficulties and hostility, helped their fellow citizens survive and set a marker of the universal importance of humanitarian aid. Read more and source … (Web) 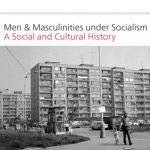 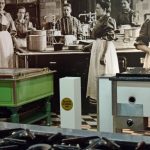 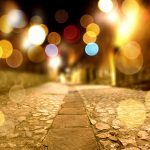 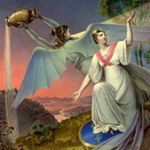 Time: 01.-02.10.2020
Venue: Virtual Space via Vienna
Registration by: 28.09.2020
In the course of Vienna‘s emergence as a modern metropolis in the second half of the 19th century, critical questions regarding the health and hygienic living conditions of its inhabitants became more widely known to experts as well as to a broader public. Influenced by progress in the natural sciences and medicine, and particularly by the “Viennese Medical School”, the fields of medicine, architecture and urban planning intersected at this time in Vienna. Up until now, the main focus of work in the history of science has been on the training and development of expert medical knowledge after the Josephinian reforms of the Enlightenment, and references to architecture and urban planning have been infrequent.
On the other hand, work in the history of 19th century architecture only rarely addresses medical issues, or the influence of medical developments on architectural design. Nevertheless, the problem of “healthy” or “hygienic” space was linked to urban planning and architectural considerations at an early point. For example, the doctor Carl Böhm developed a remarkable ventilation system for the Court Opera, whose principle was adopted by many public buildings on the Ringstrasse. Similarly, issues of health and hygiene influenced the building regulations of 1868, as well as Eugen Faßbender‘s regulatory plan for Vienna from 1893.
While in Vienna living in the suburbs or the countryside during the summer had been firmly established since the 18th century, the subsequent expansion of the city due to industrialisation and population growth led to new forms of health oriented accommodation outside the city (the “Sommerfrische” [summer resort]). Read more and source … (Web).
The event will be held in a mixture of German and English. Participation is only possible online. Please contact prior Richard Kurdiovsky (Richard.Kurdiovsky[at]oeaw.ac.at).