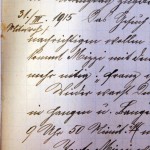 With a few exceptions, relatively little attention has been paid in the (French) historiography to the question of the home front. Apart from a few seminal studies, this “other front” has to a large extent been neglected. For France, where most of the fighting on the Western front took place, the home front corresponded to the “interior zone”: a space outside the “armed forces zone” where there were no military operations against the enemy but which was however caught up in the logic of total war. The home front was therefore a vast space linked symbolically, politically, emotionally and economically to the territories where the fighting was taking place or which had been occupied by the enemy.

Thus, as a place to seek refuge or healing, mourn the dead or find new strength, the home front played an important role in the war, though in its own specific ways and at its own specific pace. In fact, while most historical study focuses on the wartime period and … read more and Source (Web)

Panel proposal for the network sexuality at the European Social Science History Conference (Web); Virginie Barrusse and Caroline Rusterholz
Venue: Valencia
Time: 30 March-2 April 2016
Proposals not later than 20 April 2015
This panel is aimed at exploring the role of medical and paramedical bodies in the legitimization of birth control. Recently, scholars have recommended considering physicians as central actors for issues relating to birth control (Suter, 1995; Usborne, 1992). Some of them have focused on the (late) investment of doctors in this issue (Suter; Hall, 2001), while other have analyzed their relationship with religion (Gervais/Gauvreau, 2003; Van Poppel/Sommers, 2010; Rusterholz, 2015) or looked at their production of knowledge, considering them as „moral entrepreneur“ spreading norms on birth control (De Luca Barrusse, 2015; Garcia, 2011; Pavard, 2012). However, much remains to be done to better understand the role of physicians, especially considering the impact of gender. This session will try to fill this gap by focusing on the influence of medical and paramedical bodies on birth control. The following questions will be addressed: what did birth control owe to medical and paramedical bodies, did they ease or slow the process of legitimization? How did gender influence their position? Read more and source … (Web)

Vortrag im Rahmen des Jour fixe des Instituts für die Erforschung der Frühen Neuzeit (Web) und der Reihe Geschicht am Mittwoch (Web)
Ort: Hörsaal 45, Universitätsring 1, 1010 Wien
Zeit: Mi., 15. April 2015, 18.30 Uhr
In my book project „The Ethics of Exception: Transgression in the Persian and Latin Worlds in the Early Modern Period (1300-1700)“, I investigate the tension between individual lives and a number of religious laws. Crucial for this research is to find sources that speak of cases in which an agent is seen to be conscious of the tension between the law and her/his practices. I would like to discuss expressions of such „legal consciousness“ from the Persian cultural sphere (Iran, parts of Central and South Asia) and the Latin cultural sphere (Western and Central Europe) through a few concrete examples of strategies to get around the proscription of sodomy, or what was understood by the Latin term sodomia and by the Arabic term liwat. Through the early modern period these terms were constantly redefined – the redefining being part of what I am trying to investigate. Because END_OF_DOCUMENT_TOKEN_TO_BE_REPLACED 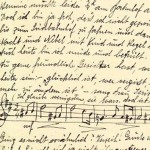 This small, leather-bound volume is the 36-page diary kept by schoolgirl Alice Williamson at Gallatin, Tennessee from February to September 1864. The main topic of the diary is the occupation of Gallatin and the surrounding region by Union forces under General Eleazer A. Paine. The diary relates many atrocities attributed to Paine. Frequently mentioned is presence of black contrabands in and around Gallatin, attempts to give them formal schooling, and their abuse by Union Eastern Tennessee troops.

Alice Williamson is bitterly resentful of the Union occupation. The diarist mirrors the abandonment felt by many Confederate sympathizers in Gallatin. She notes the presense of rebel troops in the region, mentions the massacre at Fort Pillow, the death of Confederate raider John Hunt Morgan, and Atlanta’s surrender to Sherman. The diary lacks details of daily life. The schoolroom and occasional visits are the only other major concerns of the diarist.

This diary was purchased in 1976 with funds from the Flowers Endowment which was created to build the Library’s holdings of Southern Americana. Read more … (Web)

Rose O’Neal Greenhow was born in Montgomery County, Maryland in 1817. „Wild Rose“, as she was called from a young age, was a leader in Washington society, a passionate secessionist, and one of the most renowned spies in the Civil War. Among her accomplishments was the secret message she sent to General Pierre G.T. Beauregard which ultimately caused him to win the battle of Bull Run. She spied so successfully for the Confederacy that Jefferson Davis credited her with winning the battle of Manassas.

She was imprisoned for her efforts first in her own home and then in the Old Capital Prison. Despite her confinement, Greenhow continued getting messages to the Confederacy by means of cryptic notes which traveled in unlikely places such as the inside of a woman’s bun of hair. After her second prison term, she was exiled to the Confederate states where she was received warmly by President Jefferson Davis.

Her next mission was to tour Britain and France as a propagandist for the Confederate cause. Read more … (Web)

The Sexuality Network of the ESSHC brings together both junior and senior scholars of sexual history from a wide range of countries, and is neither restricted to European topics, nor to European historians. It’s primary purpose is to provide a platform where historians of sexuality can meet each other on a regular basis, present their latest findings, and discuss new developments in the field.

Proposals could devote attention to: