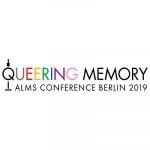 What does “queering memory” mean under the political, social and cultural conditions of the present? How can the diversity of queer histories be made visible in these digitized times? ALMS 2019 Berlin will explore the potential for generating publicities for queer archives, libraries, museums and special collections, with a special focus on the arts and artistic interventions. We use the word “queer” to include both same-sex or bi-sexuality and histories of trans identity and gender diversity.

ALMS 2019 invites people from all over the world working in queer archives, libraries, special collections and museums, researching the queer past or generally interested in queer history. Archivists, librarians, museum staff and custodians of special collections from public, private, academic and grassroots institutions or organizations are all highly welcome. Artists and scholars working on any aspect of the queer past, in any region of the world, are encouraged to apply. 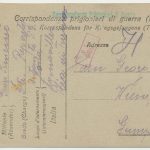 The original announcement of the conference was followed by well-founded criticism regarding the organizing committee’s and scientific committee?s lack of inclusiveness. The composition of these two committees was consequently modified. The call for papers below was revised by the new organizing committee.

The Stonewall riots are fraught with a conflictual memory. A standard narrative might read as follows: In the night of June 27, 1969, lesbian, gay, bisexual, and transgender patrons of the Stonewall Inn, a Greenwich Village bar on Christopher Street in New York, refuse to endure yet another occurrence of the police harassment they routinely faced. For five days and nights, the neighborhood was the scene of a confrontation between rioters and the police. In the following weeks and months, this upsurge reinforced emerging liberation movements that coalesced into a diverse political force. The events were celebrated the following year and have since generally been presented as „the birth of the gay liberation movement“ That is commemorated in today’s yearly LGBTQ (lesbian, gay, bisexual, transgender, and queer) pride marches.

On the fiftieth anniversary of Stonewall, this conference aims to shed critical light on this major event and its possible effects on the development of LGBTQ mobilizations around the world. It seeks to investigate the processes of memorialization, as well as the political legacy and the cultural and activist representations of Stonewall. END_OF_DOCUMENT_TOKEN_TO_BE_REPLACED

Conference of the Commission on Women and Gender Studies in History of Science, Technology and Medicine (PDF)

The conference will explore the multilayered relations of gender and science, technology, and medicine (STM) in war and peace. A vast historical scholarship exists on gender and STM, yet historians have under-analyzed contexts associated with war and peacetime (itself defined in relation to war). Across historical periods a great number of scientists and engineers were actively engaged in peace efforts; science was directly linked to military ends; medicine served the aftermath of devastating wars; and technological innovations benefited from military funding.

But what role did gender play? The organizers prompt scholars to consider the ways in which STM during times of war and peace have been gendered, not only with an emphasis on the role of women’s participation but also on gender modes of participation in an array of activities related to the binary of war and peace. Read more … (PDF) 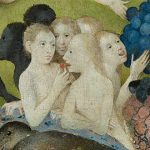 From Gender Trouble onwards, performativity has proved to be a crucial theoretical tool for queer theories and practices. The deontologization of categories, and their unmasking as mere iterations of performances, is at the heart not only of queer’s long-standing and productive antinormative focus, but also of a number of recent theoretical proposals, which question the centrality of antinormativity in queer theory.

The purpose of the conference is to open up a space for a reflection on performativity from a variety of angles and perspectives, and with a variety of aims.

One important aspect are the several possible genealogies of the concept. The canonical Austin-Derrida-Butler lineage is but one of the possible pasts of performativity; alternative ones could include the sociological concepts of “role”, “career”, and “dramaturgy”; Harvey Sacks’s “doing ‘being ordinary’”; the inter- and trans-disciplinary centrality of intersubjectivity; and of course many more. … read more (Web)